When I'm flying for a long trip in the US, I sometimes don't pack the toiletries I need up front. Instead, I put in an order at the local WalMart for pickup, and just get it when I get there. (This is especially true when I fly to Chicago for work.) It saves me from packing or especially flying with liquids.

I knew that Scotland would be a different matter. My skin and hair are particular about what products I use, and my scalp especially will break out if I use a bad shampoo. A lot of hotels and hostels provide a generic body wash and shampoo, but I didn't want to trust them.

The first thing I bought was a cheap generic travel pack. I threw mine away in Scotland after emptying them (to save every ounce in Chicago), but you can usually wash them out and bring them home if you wish. The ones I bought aren't sold any more, but for now here is an equivalent pack: 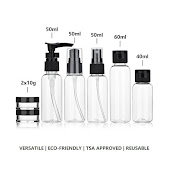 Here's what I packed:

I should have packed a second bottle of shampoo (I almost ran out). If the hotel or hostel provides laundry detergent, then 2 bottles is overkill. However, you will want one for handwashing clothes, or two if the hostel washer under-soaps (like the Glasgow hostel did). A bottle of Tide stain remover or Shout wipes would have been useful for patching stains or drips. I'd recommend packing an unused toothbrush, but I forgot mine and had to buy one there.

You'll notice that I didn't mention liquid soap. Bars of soap do not count for liquids, so you want a bar soap. I recommend plain or lightly scented bars of Castile soap, because Castile soap will safely wash just about anything. I am a big fan of Kroger's Simple Truth Honey Almond Castile Soap bars, and bought 6 or 8 of them on sale one time. Pack 2 in your luggage, and security won't care. They will clean you (you can even use them as shampoo in a pinch), and they will clean your clothes too. (More on this upcoming.)

For packing or storing a wet bar of soap, purchase this carrier from PORTINEER off Amazon. It has a good reputation because it's designed to let you close the wet bar of soap in the box. Then you can pour off the remaining water, and the bar will dry without turning to goo inside the box. I just pulled the second bar of soap I took out of mine 3 weeks later, and it was dry as a bone with no mold or problems at all. (I put the bar in my bathroom for handwashing, and washed the container for the next trip.)

I checked out hotel rooms for Glasgow, and I knew that I didn't want to pay full price for a traditional hotel room. I was going to be in the room a lot, but I wanted to be able to afford stuff outside the room. I considered a traditional hostel room, but I didn't want to share a room the entire time. If nothing else, I was afraid I'd snore too much, and my roommates would waterboard me to try to get me to stop...

Euro Hostel Glasgow was well rated, and appeared to be right in the middle of everything in Glasgow. (More on that in a minute.) They also have single-person and dual-person individual rooms with their own showers. I snapped one of those rooms up for my entire trip.

The hotel is nice. The room was clean and well kept, and the bed was livable for the bottom bunk of a bunk bed. The pillow was mediocre, but that's why I brought my own (see yesterday's post). They even included a towel for each bed, which was nice because I didn't like the microfibre towel I bought. There was even a TV in the room, which I eventually used on sleep mode for an 80s music channel.

The hostel arranged my Discover Scotland trip (a previous win), and tried to arrange a walking tour that fell through (that I didn't really miss). They had a warm breakfast buffet that was decent Scottish fare that I ate several times (and probably will again), but I wouldn't pre-pay for them for each day. Eventually, you'll get tired and grab something else on the go (or make a power breakfast out of the dark chocolate digestive buscuits... yum).

The biggest negative to the room was the shower. It was tiny. COVID has not treated me well weight-wise, but even at my thinnest, I would have considered the shower tiny. If you are bigger-boned, or have trouble bending over, spring for a hotel room with a real shower or slum it in the multi-bed rooms that usually have a bigger shower.

I want to go back to Scotland eventually. When I do, I don't intend to just stay in the cities. However, I know a trip to Glasgow will happen for at least one night. When it does, I will be quite tempted to stay at Euro Hostel Glasgow again.

When Paula and I went to New York City the last time, we made a strange "investment" for the trip: a three-day pass on the sightseeing busses for the city. The first day, we rode the bus around the whole of Manhattan, just checking out the tour. Then, we used the other 2 days as public transit, resting on the bus if we needed a seat and using the bus to go from place to place.

In Glasgow, I did the very same thing with City Sightseeing Glasgow. I bought a two-day pass (for 1 pound more than one day). Day one, I caught 2 different tour busses (one before lunch, one after), so I could see the sights and catch stuff I missed the first time. Then day 2, I used the bus to get to places like the Transit Museum and the Cathedral that are out of walking distance from the city center and/or hard to get to with public transit.

I had a really nice lady the first time I rode all the way around, and the second time was a nice fellow who could have been Craig Ferguson's younger (and slightly less funny) brother. Just be warned, the script doesn't change much between trips....

Well before the trip, I decided to switch from a larger wallet to smaller front-pocket pocket card holders. For the trip, I purchased another of what I already had: a Buffway Slim Men's Wallet off Amazon: 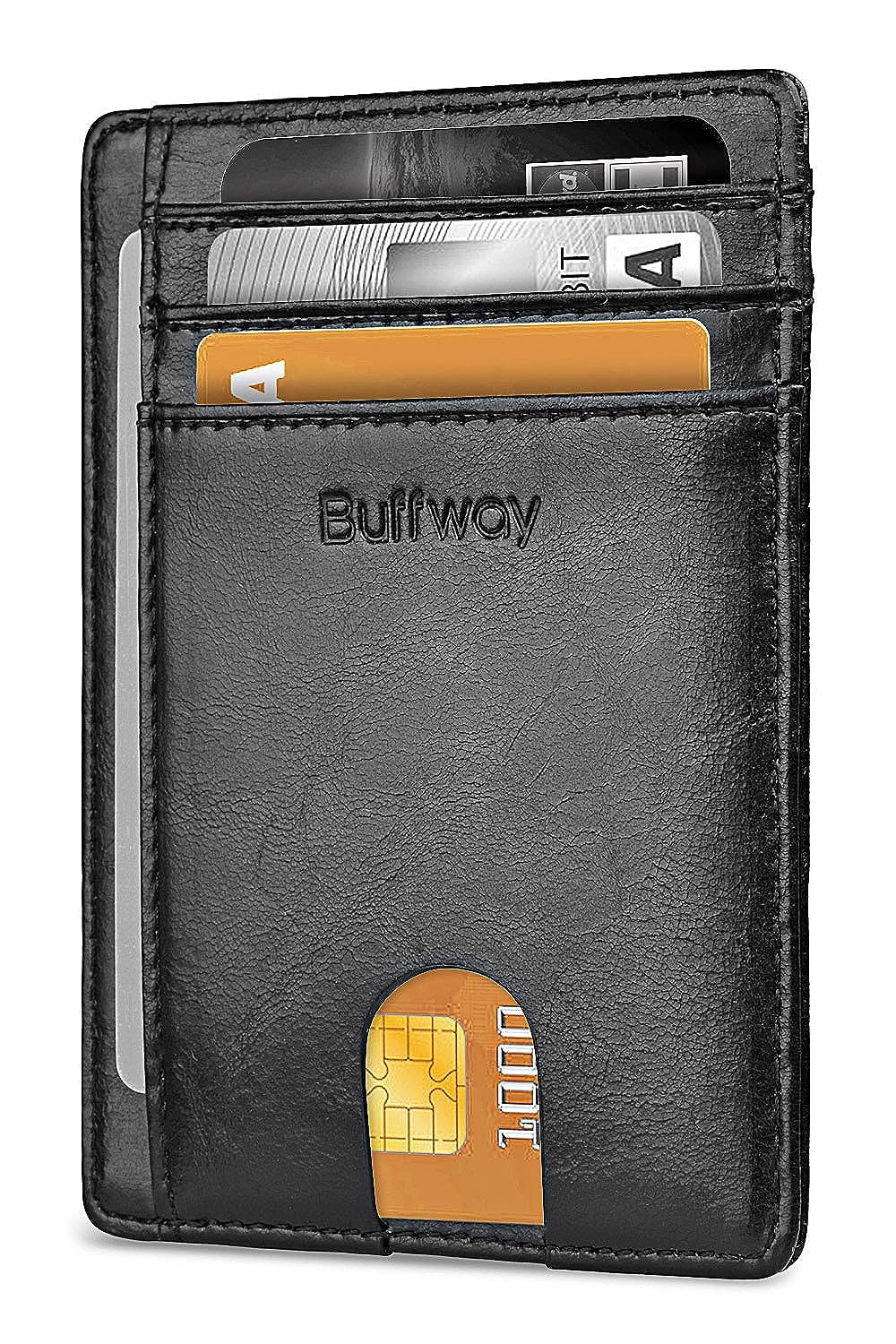 I love this wallet. I loaded up two credit cards, my debit card, my insurance card, a driver's license card, and my US Passport Card (as a second ID). It even has a pocket to hold a small number of bills, which I used for the trip when getting cash from the ATM.

After the trip, I've discovered a new toy: AirTags. I almost lost my AirPod Pros one day in my bedroom, and I'm always misplacing my wallet. So, I went and got this: 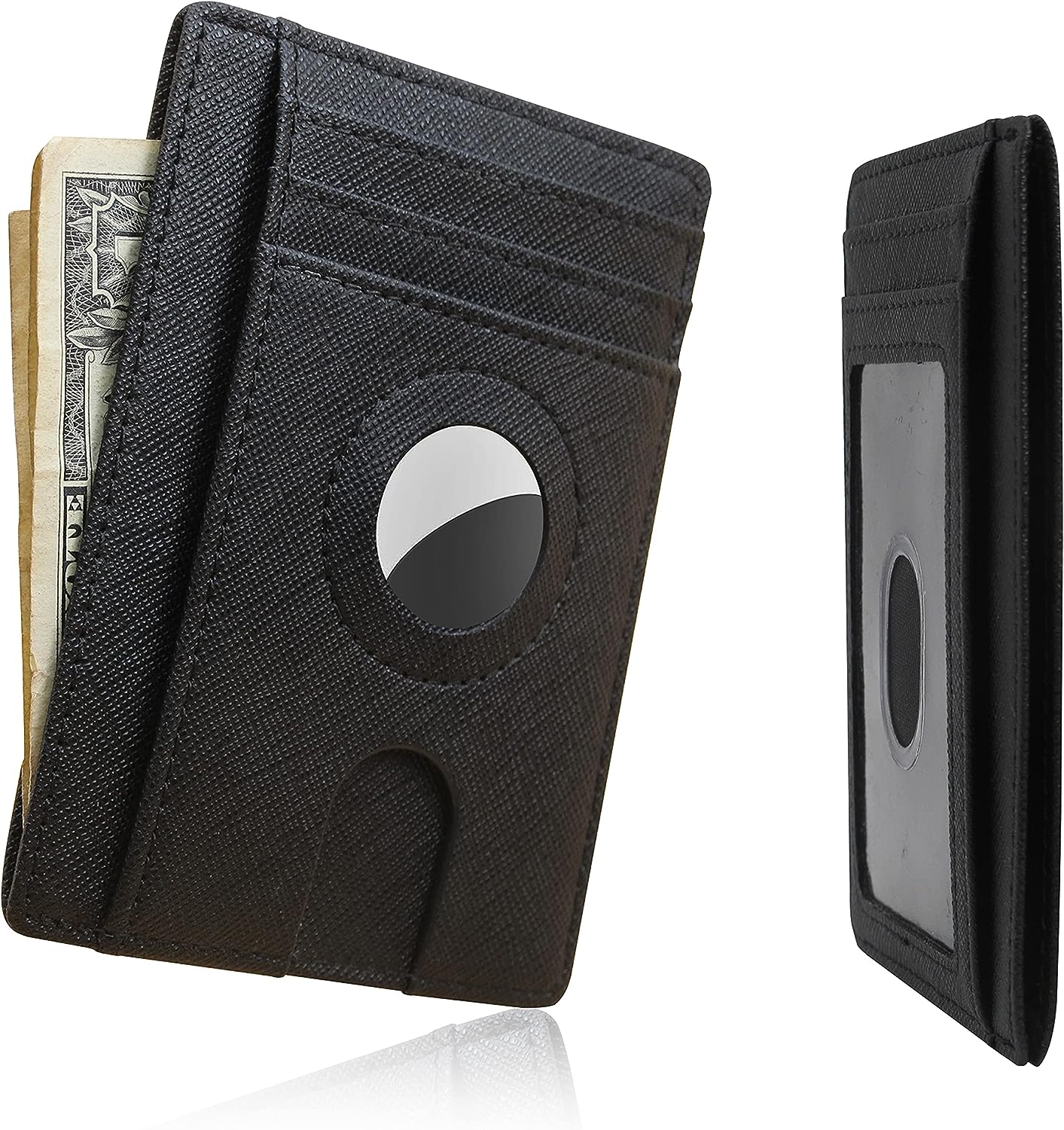 This wallet holds just as much as the Buffway, but also includes space for an AirTag. Now, if I misplace my wallet, I can make it beep or search it out. Very useful with my levels of forgetfulness.

The hostel I stayed in in Glasgow advertised a linked one-day tour of Loch Ness, so I bought it. I figured that I'd want to get out of town one day, and if I liked them, I'd see what other tours they had. I ended up booked with Discover Scotland Tours, on their one day Loch Ness and Glencoe tour. I consider Glencoe the highlight of my trip, and I want to go to Perthshire with more of an appetite. Perthshire also has a not-shlock tartan and kilt shop that closes at 6PM that I didn't discover until 6:05PM, so I want to see it again too.

Next trip through, I will either take the 4 day Isle of Skye tour or the 6 day Isle of Mull and Skyetours.

I consider Discover Scotland a complete and utter win.

It was a Travel Win -- Tortuga Setout Backpack

I knew that I would be in Dublin for about 23 hours, and walking a lot in Glasgow as well. I decided that I would attempt to do a one bag trip. I didn't quite make it (I made it one bag and a laptop bag), but it was generally successful. I purchased a Tortuga Setout Backpack and used it for the trip. I was generally happy with the bag, and I consider the one bag challenge a success.

I was going to share a lot more about how to buy the Setout, but Tortuga has discontinued both it and its accessories. I will try to find a second set of packing cubes eventually, but I am very glad that I bought the rain shield ahead of time. Without Tortuga selling new rainshields, I can't recommend the Setout to anyone since it's not waterproof.

Instead, I'll make my suggestions for what I liked about the Setout, and then you can look for a backpack that meets your needs from what else is on the market: 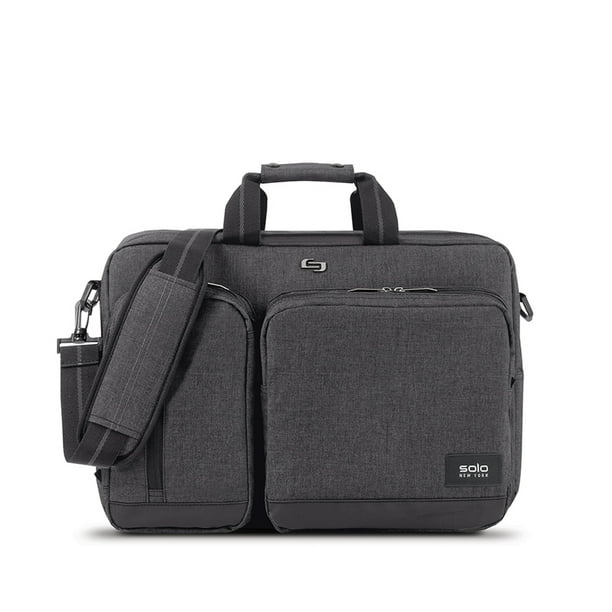 I walked past this laptop bag in WalMart earlier this year, and had to have it. I've always been a big fan of the SwissGear Laptop backpack that Sams Club sells, and have both owned several myself and had work buy some. However, I had been wanting something a little lighter and less bulky, and the Solo bag was perfect. I use it every time I travel back and forth to work.

I didn't have to take my laptop with me on the trip, but my manager approved me doing so in case I got quarantined at the end of the trip, and wasn't allowed back into the US. In that case, I had to pack a small amount of work gear to be able to survive 10 days working from a hotel room in Glasgow (or somewhere else in the UK). I could have packed the laptop in my backpack though; this bag was to be my day pack (my man purse, if you will).

On the way through the airports, the Solo bag acted as a traditional laptop bag. I packed all my electronics (the chargers, battery pack, etc.) in it, and it comfortably fit under the seat in front of me, allowing me plenty of room to put my feet in too. Packing it over my shoulder along with the backpack was a bit of an annoyance, but I often switched to just carrying it like a briefcase.

When I got to the hostel in Glasgow, I transitioned the Solo pack to a day pack. The laptop, etc. was all unpacked and left locked in the room. The Solo bag carried my iPad for any notetaking, snacks or a water bottle if I was thirsty, my raincoat and umbrella for rain, and my Anker PowerCore if it wasn't in my pocket. If I bought something on the way, in the pack it went. Since Scotish grocery stores were charging for each plastic bag used, I could throw small purchases directly down in the Solo bag.

This bag was worth every cent I paid for it now. It's available at WalMart.com or most WalMarts.